Buying A Land Under Litigation

When you eventually find a land that you are genuinely interested in, it is important that you carry out an inspection on the land. Inspection in this regard doesn’t stop at physical inspection of the land for physical defects but it also extends to verifying it at different registries such as land registry, court registry and probate registry to discover hidden defects on the land also known as encumbrances on the land which the Seller will not ordinarily disclose to the purchaser. It is therefore inevitable for a proper investigation to be conducted before purchase of land.

There are instances where the land is so deep in disputes that the contesting parties’ transform their claims into litigation battle for one reason or the other. The situation worsens if the land belongs to a family and the different branches within the said family try to score cheap scores by selling their land without prior knowledge of the entire members of the family.

A land under litigation generally refers to any land in respect of which there is a pending suit in  court. The suit could have however emanated from one dispute or the other between two parties claiming a right of ownership on the said property. This would generally make a potential buyer vulnerable to an unfortunate result of losing the said land and the money paid if the court’s judgment was not awarded in favour of the person who sold the land to him. 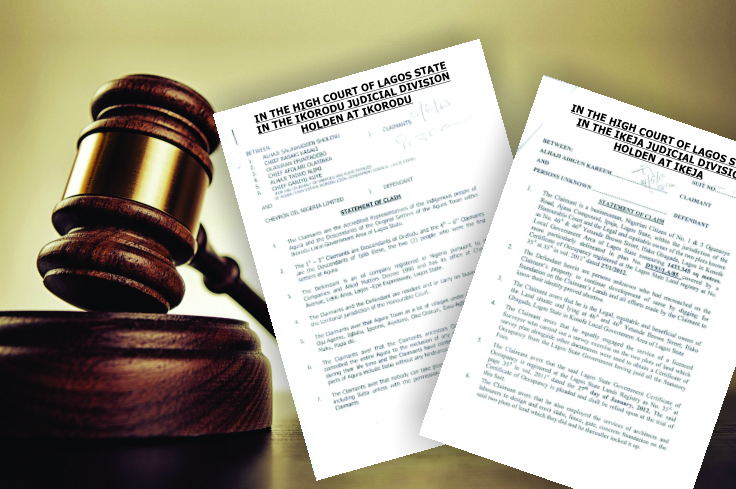 Factors that may result to litigation on land are:

The capital risk involved in purchasing a land under litigation is that the purchaser may end up losing ownership of the land to person whom the court awarded judgment in favour of.

In order to determine whether or not a land has been subject to court litigation you need to conduct a search at the court registry to know if the land is either the subject matter of a pending litigation, judgment has been awarded in favour of the owner in the eyes of the law, consent judgment has been entered between contending parties based on their terms of settlement or an appeal has been filed against the judgment

In some cases, the owner of the land or property may have died testate (with a Will) or intestate (without a Will). The executors, beneficiaries and administrators to the Will and Letters of Administration respectively may be in contention of who owns what. The best thing to do is to conduct a search at the probate registry situate in the court premises to find out whether or not probate has been granted and those that are simply involved in this case. If a will is contested, you must revert to the court registry to know the outcome of the matter.

Lands under litigation are sometimes premised on the maxim ‘caveat emptor’ which intepreretes ‘let the buyer beware’. Again, the puchaser must ensure that he verifies every necessary details regarding to the land before purchase. It will also surprise you that some unscrupulous land speculators will repaint the fences of these lands which have been marked under litigation with bright colours and it will be difficult to ascertain whether you are buying a land free from litigation unless you follow our advice and do the needful because once the purchaser makes payment without protecting himself with the right information. He cannot claim refunds under equity for any defects on the land which he ought to have realized prior to the purchase.

In the course of conducting search at the land registry, a certificate of occupancy and a registered deed of assignment if in existence would disclose some certain facts about the existing interest the owner has on the land. This will help to disclose if there is an un-discharged mortgage transaction or it has been previously assigned to another person and the documents you were given are fake copies.

Bearing these in mind, it becomes imperative to conduct a diligent search in respect of the land to be bought in other to avoid unnecessary risk. It is very advisable to get a lawyer to carry out such inspection because you might not be well abreast of the vital areas you need to pay attention to.

Don’t be a victim of either an Omonile Land scams or fraudulent real estate developer. Get in touch with Omonile Lawyer and we promise to help prevent you from losing your hard earned millions to crooks.