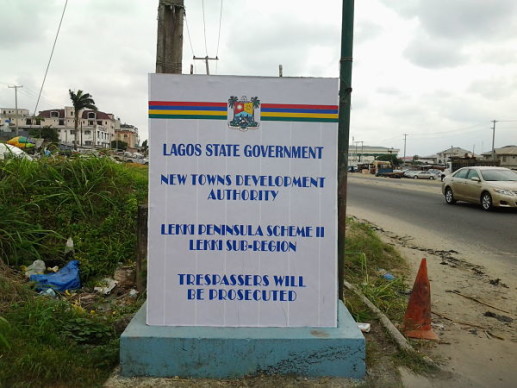 Before the Land Use Act of 1978, all lands belonged to the customary landowners under native law and custom. These landowners cultivated and exercised full rights over their lands without any disturbance, however the government was unable to acquire lands freely for public interest whenever required without having to deal with stubborn landowners.

As a result of this painstaking issue the then military government enacted the Land Use Decree of 1978 now known as the Land Use Act of 1978 vesting all lands in every state in the governor of that state. This Act successfully diminished the influence of the customary landowners by granting the governor of the state enormous power over all lands in the state, the landowners now require the consent of the state governor to allow them have total control over their farmlands. The significance of the Act is that all lands became government acquired hence any individual or entity with an interest in any land shall apply to Governor for a right to use the land for a specific term and for a specific purpose. It stopped individuals from owning land in perpetuity as common before the advent of the Act.

WHAT IS A GOVERNMENT BARRED LAND?

HOW TO DETECT A GOVERNMENT BARRED LAND

Detection of a government acquired land requires the services of a land verification expert. Some fraudulent sellers try to deceive prospective buyers by giving the coordinates of a different land and ask them to go verify those coordinates at the office of the Surveyor General. It is important to note that as a prospective buyer you must ensure you don’t rely on coordinates given to you by a seller as it is oftentimes very inaccurate.

A land verification expert will proceed to the site for inspection and conduct thorough investigation afterwards he will be able to confirm the status of the land. The need to always employ the services of experts and professionals cannot be overemphasized. It is pertinent to note that investigation must be done before purchase, people make the mistake of purchasing before verifying the status of the land, this is very much wrong as it puts you in a very precarious situation on discovery that you have purchased a bad land.

Verification before purchase remains the watchword in the real estate market.

Don’t be a victim of either an Omonile Land scam or fraudulent real estate developer. Get in touch with Omonile Lawyer and we promise to help prevent you from losing your hard earned millions to crooks.