How to Avoid Land Fraud in Lagos and Ogun States 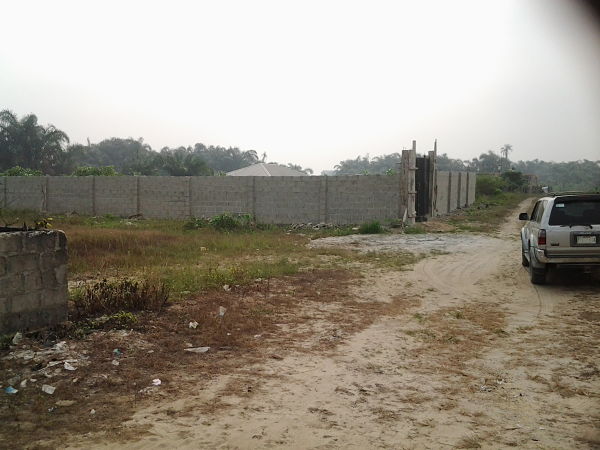 Recently Omonile Lawyer was contracted by a Client to carry out a Land Verification Search at Ogidan within the Sangotedo environs of Ibeju Lekki. The Client was very suspicious of the sugar coated incentives that was emanating from the mouth of the Agent.

The Agent stated that the Land was very close to the Lagos Business school Lekki and the purported Seller was a Lecturer in the School and had his intergrity to protect. He said because of the status of the Seller and choice location of the Land, the Seller was only willing to sell the land for N8Million and not a penny less.

When the Client demanded for the documents the land had, the Agent bluntly refused to give out the details of the documents and stated that it was until the Buyer was ready to pay for the land before the documents would be released. With this in mind, the Client invited us to take over the search before his N8Million developed wings to distant lands unknown.

The moment we got in touch with the Agent via phone, we could sense his hostility and he refused to give our surveyor access into the land to carry an onsite inspection to determine the coordinates of the land.

He just took us to one heavily padlocked fenced land and pointed to it as the land that belonged to the Lecturer. We now demanded for the documents to verify that the land belongs to the seller and he said it had a Governors Consent and he reluctantly gave us only the Consent number which we crossed checked at the Land Registry at Alausa.

But we couldn't tell which land was described in the Governor's consent and the land he was showing us because he didn't give us access to compare the coordinates.

We reported our finding to the Client that we couldn't guarantee the validity of the sale of this land because of the difficulties encountered with the agent and lack of access to the land. The Client said he was still interested and  and said we should initiate contact with the Lecturer so as to give us more details before we proceed.

We communicated this to the Agent and he said the Lecturer gave him the sole authority to sell the land and recieve money on his behalf and we should pay into his account so that he forwards the money to the Seller.

We demanded to see the Seller and he said he went for a conference at Ekiti and won't be back anytime soon. Feeling very confused, we now demanded that if we pay today would our surveyor  have access to the land so he would draw up the Survey plan for our client to enable us to draft the deed of assignment that the Lecturer would sign?

The Agent again rebuffed that idea and said he would be the one that will draw up the Survey plan because he worked in the Surveyor General's office for 18Years and its that small change he would use to keep body and soul since he wasn't collecting a sizeable Agency fee from the Seller.

At this Juncture we decided to call it quits because the Agent simply did not want to give us access to do our jobs properly to validly determine the true ownership of the Land. The client was also responsive to our search report and decided to cancel the transaction too but unknown to the Client.

One of his friend who was also interested in buying a land in that estate decided to go through our back and initiated contact with the same agent who called us unprintable names for putting a halt to the transaction of our client. He listened to the Agent and all his stories and ended up paying him the N8 Million naira for the land.

Lately i got a call from our client that his friend was seriously looking for me because he was having problems with that land. The land described  in the Governor's consent that we earlier searched was totally different from the land that was shown to him and the survey plans given to him was drawn up by a quack surveyor.

When he attempted to build a fence, the real owners of the land came out and he realised he had bought a dubious land. All efforts to locate the Agent has proved abortive till date  and He has since abandoned his Sangotedo office.

To avoid this kind of situation in future make sure you follow this Tips so as to protect yourself from this particular type of land fraud.

1. Always do everything possible to see the seller at all cost and put a face to who is selling.

2. Any Agent who claims to represent the Seller must have a valid Power of Attorney that can stand the test of time in any court

3. Dont buy any land that is fenced and padlocked without you having access to enter the land.

4. Never pay into any Agent's account without any express authority from the Seller that he should receive money on his behalf. Always pay money directly to the Seller.

5. An Agent isnt a Land Surveyor. Always contract a QUALIFIED SURVEYOR to draw up your survey plans.

6. Don't pay anybody that wants you to pay for a land but does not want to disclose the land documents to you until you pay him first. He is a confirmed thief!

Finally don't do self service when you want to buy a land. Contact Omonile lawyer land verification services to carry out a proper land verification search. We have been doing this for 7 years and know virtually all the tricks land scammers have deviced to steal your money. If your time is precious and value a Completely independent, objective and wholly impartial advice, whilst also providing you with complete discretion and anonymity get in touch with us to save your money from the hands of land fraudsters.

<< Previous
What Everybody Ought to Know About the New Lagos Electronic Certificate of Occupancy ( e-CofO)
NEXT >>
Why i would Never Endorse Instalment Payment for An Omonile Owned Land! God Forbid!!!