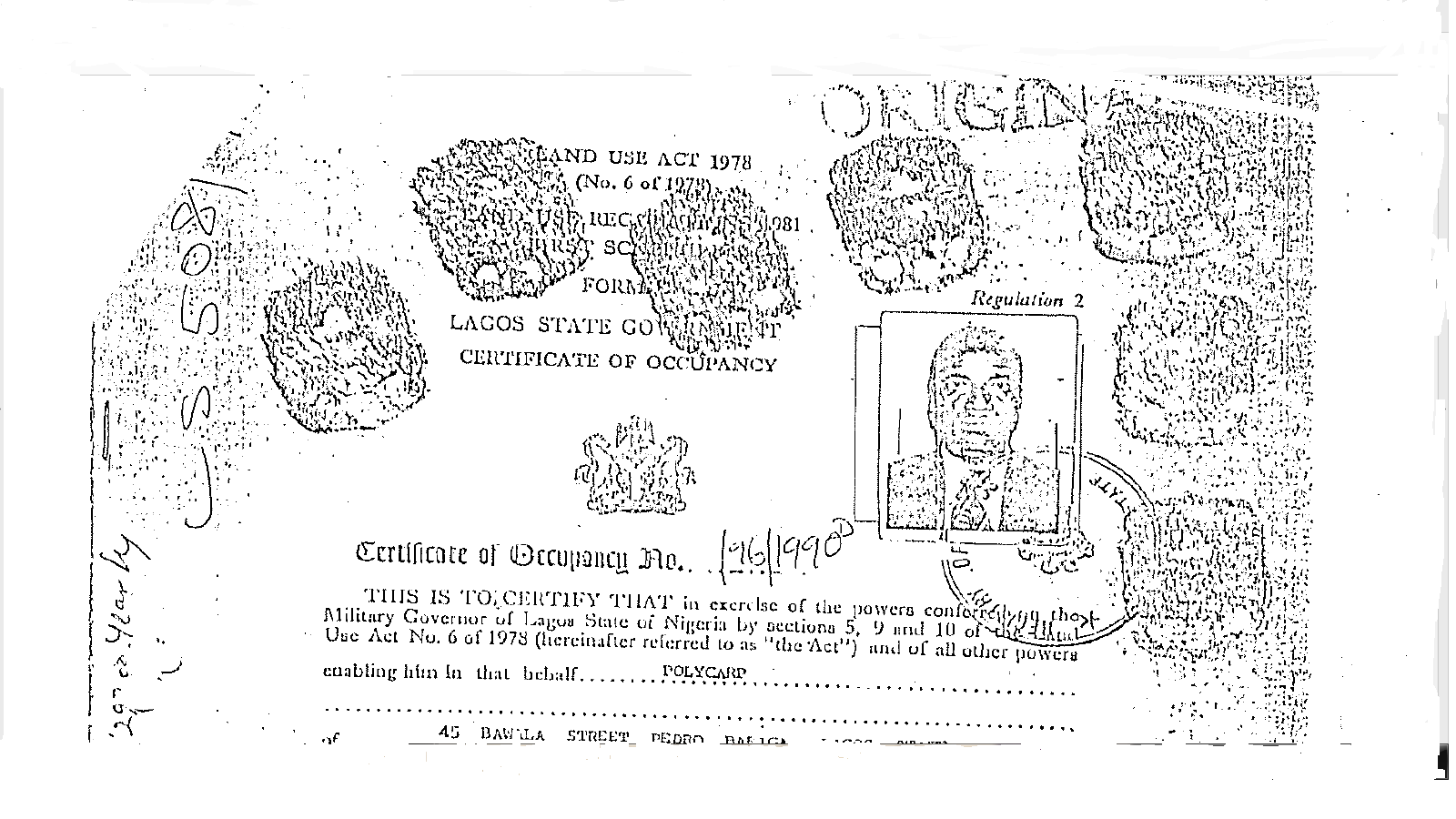 Like a scene in one of these dumb Nollywood movies which we never really expect it to happen in real life, I came across one of the most elaborate hoaxes to defraud a client. Mr Babatunde through his agents was able to locate a property he was desirous of purchasing at Alapere Ketu Lagos.

After inspecting the property the agent now told him that it was a safe property to buy because it had a C of O. Mr Babatunde then decided to contact me to conduct a background check on the property and C of O. My team swung into action and we discovered the following:

Unknown to Polycarp Jnr he wasn't aware that Mr. Babatunde was conducting a verification exercise through us and we ended up discovering the truth:

The C of O wasn't missing. Mr Polycarp used that C of O to obtain a secret loan from a notorious Loan shark and handed the C of O to him in exchange for a large sum of money. Failure to pay the loan would mean forfeiting the property as collateral to his Borrowers.

Mr Polycarp knew he shared the same name with his late father so he used that to his advantage. He made copies of the C of O and spread it to agents to promote to prospective buyers and hoped the person would buy his stories that it was missing.

He didn't bank on the buyer doing a thorough search. His plan was to sell the house for N45Million and abscond with the loan he originally took from the loan sharks and the N45Million he obtained from the new buyer.

His ultimate aim was to set up the loan shark and the new buyer to start fighting for the property while watches them from the distance enjoying his ill gotten wealth. The moment we confronted him with our facts he just demanded for his photocopies and drove off without saying a word. God help us

Omonile Lawyer tips to avoid getting

scammed with a fake C of O

<< Previous
How Deceitful Sellers Lure Innocent Buyers To Buy Lands With Fake Governor’s Consent
NEXT >>
10 Most Dubious Places To Buy a land in Ibeju Lekki-Shine your eyes o!