Next Mail: What are the Pros and Cons of Paying for a land through Installments? What’s your advice so i don’t get Defrauded like my Friends doing it who are still complaining? 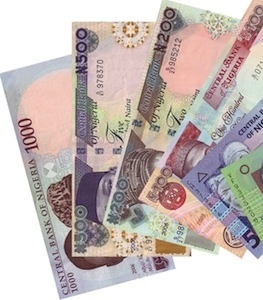 The Answer to the above question can be deduced from this True Story and please read carefully so that you learn from this issue:

A friend of mine from my University days decided to buy a land at Aboru around the Iyana paja side of Lagos and they were selling the land to him for around N1.8Million or so. Now he had N1 Million in cash and was so desperate to get a land.

So he contacted an agent who introduced him to the Seller and the Baale of that area. They told him that he could pay the N1 Million and balance the remaining N800,000 within 3 months.

He was very happy with the arrangement and paid the N1 Million asking price. The following month he brought N350,000 so as to remain a balance N450,000.  To his surprise 2 days after he had paid the N350,000 he began to hear  stories that the baale said the land was sold too cheaply and it ought to have been sold for N2.5Million instead of N1.8Million and that the family members have been complaining seriously about it.

He was in shocked and rushed to beg the baale to honour his agreement and after several quarrels and persuasion the baale finally agreed to settle for N2Million. He brought the other N450,000 to make it N1.8Million and promised to bring the remaining N200,000 soon so that they will give him a receipt for final payment.

When he brought the remaining N200,000 a month or so after their final negotiation,  he noticed someone had started fencing the same land he had been paying installmentally for.

He challenged the Baale that he saw some people fencing his land and my friend was told that the family people did not agree for the N2Million they renegotiated and had decided to resell the land to another woman for N2.7Million.

He was told that his Money will be refunded back to him but it wouldn’t be give to him instantly because they have  used his money to do Igbeyawo ( Marriage) and they will refund him back through installments when they sell other lands.

He was furious at first and decided to wait for the baale to honour his agreement of refunding the money and he waited for 4 months no show until he decided to tell me. I wanted to run mad and we rushed to Aboru and asked the Baale why didn’t he relocate my friend if he couldn’t repay him instantly.

He said unless my friend was ready to pay an extra N700,000 before they could relocate him because the prices of the lands had increased and they were not ready to cut short their profit and he had to wait until they recoup his money. Immediately I rushed to the nearest police station and that’s where all the deceit came out.

1. The land in question was under Federal government acquisition so the Omoniles had no right to sell. It fell under the Federal Government Scheme Baruwa so they were just reselling official government land.

2. The so called Baale wasn’t even an indigene of that area and he was just masking as a baale in conjunction with some other people to deceive him.

3. They had squandered his money and had no way of repaying it because they had no asset whatever. The police dealt with them seriously and promised to charge them to court, till tomorrow no court, no money, no land and no criminal because they absconded the moment they were bailed .

So what and how should you do it?

So the Key Points for the Above Questions include the following:

1. If you can pay for the land or property in full, don’t do ijebu and stagger the payment because it sounds convenient to you. Pay for it at once and collect your documents and own the property on the spot. No stories.

2. If you’re tight with cash and you must do the installment payment thing, please spend part of that money to know who your parting money with.

If it’s a real estate company, ask for their certificate of incorporation to investigate the company at the corporate affairs commission whether they exist or they have been proscribed or queried in any way or to know who the directors are.

Take that name to the nearest high court, pay a clerk to check their files whether there is any existing suit between that company and subscribers over landed issues.

Talk to your banker friends to probe deep whether that company has taken out some loans to finance the project. Almost everybody knows 1 or 2 people that work in banks so such information should be so privileged.

Make sure you go to the proposed land that you’re buying so that you can see what you’re buying physically and it must correspond with what the contract of sale stipulates.  Make sure a Property Lawyer helps you handle this installment payment process.

This is the number 1 mistake people make because they believe the process is so simple to exclude lawyers and you can do it yourself, meanwhile at the end of the day its lawyers that will help you chop money finish via filing a court suit when kata kata crops up.

3. If it’s an individual you’re dealing with make sure you play hard ball or something. Try and make him give you the original document of something in exchange for a considerable sum as installment payment.

You bear a greater risk with an individual who can abscond or resell the property at your back and still not refund you your installment payment or tell him he should give you the right to start fencing so that you can protect your own interest and if you don’t fulfill your part he can either seize the land from you, gain the fence or whatsoever but try to fight to gain something in your favor.

<< Previous
MAIL TIME : “I Am Interested in Buying a Land in Lagos, What Steps should be taken to protect myself from falling Victim to Land Fraudsters?”
NEXT >>
How To Make Sure Money You Send From Abroad To Buy A Land Doesn’t Get Embezzled by Family members or Friends you trust