MAIL TIME : “I Am Interested in Buying a Land in Lagos, What Steps should be taken to protect myself from falling Victim to Land Fraudsters?” 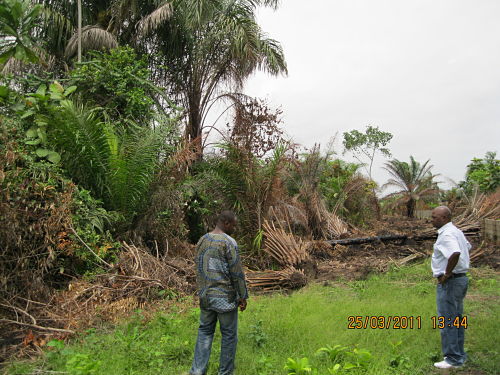 I AM INTERESTED IN BUYING IN A LAND NOW IN LAGOS, WHAT STEPS SHOULD BE TAKEN TO PROTECT MYSELF FROM FALLING VICTIM TO LAND FRAUDSTERS AND GOVERNMENT REGULATIONS?

1a. Visit the land personally after you have signified interest to buy the land from the Agent. Never buy a land without viewing it yourself or through your trusted representatives. It’s your land so you must know what you want to buy.

1b. If your abroad make sure it’s someone you trust that has no vested interest in that land that you should send to look at it for you on your behalf.

Try as much as possible to avoid close family members or friends that would still benefit from the transaction in some way such as someone that you would be sending money through his account continuously or someone that would be supplying blocks or could collude with the sellers to make a profit off you.

This happened last year to an Omonile Lawyer Reader in Malaysia (Name withheld). He saw an advert online about a land advertised at Ijede Ikorodu and instead of inquiring further to know more about the property or contact me, he was more attracted to the cheap price tag of N500,000 per plot.

He saw it as an Awoof land to scoop up immediately. The agent kept on pressurizing him to pay for the land because according to the agent there were several people interested in the land and the price might increase anytime soon.

The Omonile Lawyer Reader  was so anxious and fell for the tricks of the agent that was putting pressure on him to buy the lands and instead of sending someone to check it out or contacting me to do the search he paid money  (precisely N3Million for 6 plots@ N500,000 PER PLOT)directly to the account of the so called Seller and he was issued a receipt and promised a deed of assignment will be drawn up in his name very soon.

After 3 months he didn’t hear anything again from the agent and the more he bugged the agent with numerous phone calls to ask about his documents, the more the agent became hostile and evasive towards him.

He was forced to finally call me to explain his predicament and was now ready to contract me to confirm the status of his lands and get his documents. I got in touch with the agent posing as a neutral buyer since he obviously hasn’t met me before and told him I wanted to buy some plots at Ijede .

On getting there I felt like weeping for the Omonile Lawyer Reader. First of all the lands weren’t located in Ijede as advertised. It’s another 30 minutes from Ijede.

We are talking of the very interior part of Ikorodu and to make matters worse the lands were very marshy and swampy that I was trying to decipher how the agent or seller knew where the buyers land started or stopped.

To make matters worse I went with a surveyor to get the coordinates and she later found out that the place is under Government acquisition and was a no go area talk less of documents.

When I gave him my search report that it was a very bad place and I won't have recommended it to him if he had contacted me earlier. He is now begging me to look for a buyer  to buy those defective lands which I will never do because I will never willingly endorse or recommend a bad land for another person to buy except I have no idea in any form or manner that the land is defective.

So the Keypoints to this Question above is to:

A. Always inspect the land you want to buy physically or through a trusted agent. If your abroad, plan your vacation or free time to come and see it physically before you commit yourself unless you will have yourself to blame.

B. Always contact a property lawyer to investigate the land for you. Don’t use any lawyer just because you have a lawyer neighbor or family member who is a lawyer. If He or she is not versed in property tricks your digging a hole for yourself.

C. Always contact a surveyor to take the coordinates of a land before you buy whether you see the land physically or not unless you might just be buying Gbese (Debt)

D. Never pay money to anybody that you haven’t met or don’t know 1 or 2 things about the person selling the land to you. Also don’t pay money to any agent, seller or property company without bringing another person to act as a witness. If possible, make the seller or agent your witness to the transaction to tie them down.

<< Previous
The Other People have bought Lands here or The Baale is the Owner of the Land so no Wahala Land Scams
NEXT >>
Next Mail: What are the Pros and Cons of Paying for a land through Installments? What’s your advice so i don’t get Defrauded like my Friends doing it who are still complaining?