THE EVILS OF BUYING A DECEASED LAND WITH NO WILL 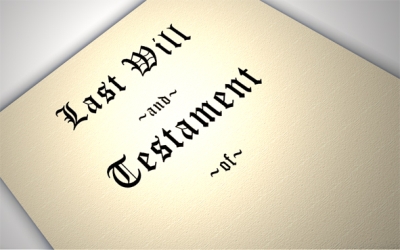 A Land With No Will?

What happens when you intend to buy a land or property but you later discover that the original Owner of the Property has died without writing a will and has left a host of children, wives, extended relatives or close friends behind that are all interested the property as the new owners? Who then has the capacity to sell that property to you?

Well this is a regular occurrence as regards the issue of the sale of landed properties of a deceased more especially in Lagos and Ogun State and this has led to a lot of lawsuits, pain, false claims of ownership, family battles of the land of the deceased, loss of money etc.

So many buyers have had their fingers burnt buying lands or properties from people who claim to be the authorized representatives of the deceased only to later find out that they have bought that land from the wrong representative.

Examples of how that problematic land that you are about to buy left behind by a deceased who did not give instruction as to who owns the land can affect you and wreck you financially if you don’t watch out for these scenarios include the following:

1. If the deceased left no will.

2. If there is no letter of administration granting ownership of the property to a person or group of persons to act as executors and administrators of that property.

3. If there are so many family members such as wife or wives, children or step children that the deceased left behind without instructing anyone to be the sole owner or in charge of the property.

4. In some cultures, the extended family of the deceased owns the property too and can lay claim to the ownership of the property that their Son, brother or nephew left behind.

5. Also, some cultures wholesomely transfer title to the first son and what if the first son isn’t around at that moment or you do not know.

7. If the owner of the property has C of O or Governor’s consent, the property cannot be sold to another person without a letter of administration unless the government will not recognize it.

8. Do you know the number of wives or children the deceased left behind that you do not know that also has access to sell that property?

If you have encountered one or more of these scenarios I have painted above, how do you go about it to prevent yourself from being sucker punched by a false relative who has no capacity to sell the property legally? Here are some of the ways you can go about it:

1. Get in touch with a lawyer that is well experienced in Property and Family Law. There is no way around it to do it yourself. It’s a very complicated and touchy matter to just do Ijebu (meaning Stingy) and think you can get away with it.

2. Investigate properly to know all the wives, children and extended family members that the deceased left behind.

4. All payments, documentations and forms must all be signed by all the surviving relatives of the deceased jointly.

5. Pictures, videos and any form of digital capture must be used at all times as evidence in case something goes wrong.

These examples only work in simple situations when you have less than 3 surviving members of the deceased and it’s very clear that either the widow or widower is the only person that the property can be transferred to. Also if the kids are minors under the age of 13, the above scenarios can work. Once you’re dealing with 3 or more survivors and the children are above 16, please contact your nearest property lawyer because you could be buying a very fantastic Law suit that could devastate you. 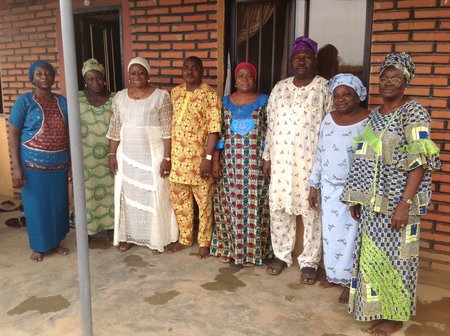 I once encountered a tricky situation where a Client wanted to buy a property at Surulere and I had to do a search to confirm ownership of the land. We were directed to the Family lawyer who told us that the Owner had died and did not do a will.

They showed me proof of ownership such as the purchase receipt, the deed of assignment, building plan approval and survey plan in favour of the deceased.

I later demanded to know how many relatives he left behind and I was told he left behind One wife and 8 children. 6 (Six) of them where in Lagos, One was in Dubai whilst the Other one was in Edo state. I requested to meet with all of them and the 6 of them agreed to meet up with me and put the other 2 on conference call at their Family Lawyer’s Office.

During the meeting they all agreed that they have done a Memorandum of Understanding amongst themselves, which they have all jointly agreed to sell the property and they have given their lawyer the Power of Attorney to market and sell the land on their behalf.

I further probed whether there were other wives and children that the deceased married or sired and they swore to the highest heavens that they were the only surviving children of their mom who was the only woman he lived with throughout.

The lawyer kept on pressurizing me to tell my client to pay for the property and he would draft a deed of indemnity to repay the money if anything goes wrong because he is fully confident about this property. I wasn’t fully convinced and I told the client to still hold on because I wanted to do more investigations.

The client felt I was being too slow with my search and stylishly engaged another lawyer to perfect the transaction and paid N37Million to the Family and Lawyer.

3 weeks later it was discovered that the deceased married another woman secretly who coincidentally was a Lawyer and had 3 other children for him but the first family devilishly decided to hide all the details from the other woman and sold the property at her back without her consent and children’s consent meanwhile she had some of the original documents of the house in her possession that her late husband gave to her.

Today the matter is in court, the Buyer cannot take possession of the property, his N37Million is hanging in the air, the lawyer and family members he bought from are saying One story after the other but refuses to refund the money.

Bottom-line   Be very careful if you intend to buy a land or property that has no will or Letter of Administrator. Hopefully my experiences and strategies with these land fraudsters can help you avoid dealing with future property thieves that want to sell you a defect property.

What difficult land problem have you encountered recently that needs a solution?

<< Previous
YEE PAA!!! OGUN STATE SET TO DEMOLISH THOUSANDS OF HOUSES. IS YOUR HOUSE ONE OF THEM?
NEXT >>
Shine Your Eyes and Know the Full Cost of Buying an Omonile Land before you go Bankrupt