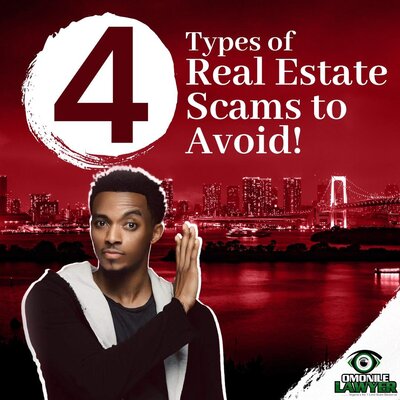 Many Real Estate Companies in Ibeju Lekki blow the biggest lies to hoodwink you to buy their fraudulent lands. Their wayo tricks include the following:

The Excision is coming out next month scam:

How many times have you heard this line from a fraudulent marketer or Agent to hoodwink you into buying defective land?

This lie from the pit of hell, has bankrupted so many Nigerians that have attempted to invest in real estate. Because the lie deals with emotional fear, many people don’t want to be at the receiving end of being the last to purchase a property that is going for a cheap rate and miss out on the goodies of buying a property that would soon have an Excision as an added advantage.

The truth is that NOBODY CAN DETERMINE WHEN THE EXCISION WOULD COME OUT.

Every Excision that has come out is at the mercy of the Governor. To make matters worse, Since Sanwoolu became governor, he has issued little or no Excision to any community or town. 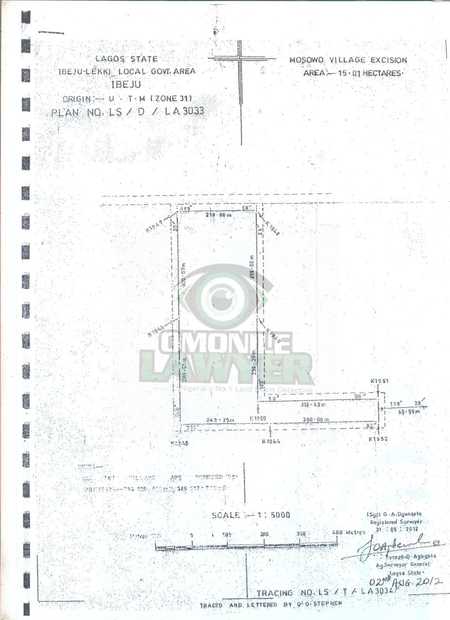 If the Governor himself has not issued any Excision to anyone in almost 3 years, where did the marketer, agent, or developer of that real estate company get their own news from?

Subscribers should be very careful in 2022 and beyond not to fall for this lie. Always verify that statement from your nearest property lawyer, surveyor or at the Land Registry Alausa to confirm if an excision is going to be issued to that community you intend to buy. If it's not true, please walk away before it's too late.

Go to Alausa and Check the File Number. The Land is Genuine

I can’t count the number of times I have heard that phrase:

“Take the File Number and go to Alausa to confirm it”.

When I ask them in which office at the Land Registry Alausa is the file located so that I can directly go there and inspect it, that’s when they start speaking in tongues, mumbling gibberish, and realize that they cannot swindle me with that stupid lie of “ Take the Coordinates and Go and Check the File Number” scam.

What they don’t know is that the file they are talking about is the File where the community has applied to the Lagos State Government to obtain an Excision. It's not a file that is readily available for every tom, dick, and harry to view because it contains so many documents preparatory to the issuance of an Excision. It includes the letter from the community to the Lagos State government that their application for an Excision should be granted.

It contains the fees, receipts, and taxes paid by the community to the Lagos state government and acknowledgment letters, and a host of very important things in that file.

It contains the report from the surveyor general’s office on the issuance of an Excision Survey plan for that community etc. In short that so-called file is not something to be toyed with.

Everything about that file is strictly between the Community or Village and the Lagos state government. It has absolutely nothing to do with the real estate company telling you to go and check the file number.

IF THE EXCISION IS GRANTED, IT COMES OUT IN THE NAME OF THE COMMUNITY AND NOT THE REAL ESTATE COMPANY OR FINANCIER THAT PAID AND PUSHED FOR THE EXCISION TO BE ISSUED.

Until a provisional copy of the Excision survey is published and a public notice in the Newspaper is released that the government is about to issue a new Excision in that community, going to check the so-called file is a complete waste of time and irrelevant.

The real estate company cannot influence when the governor would issue the Excision or the time it would be released. Checking the file does not validate anything. 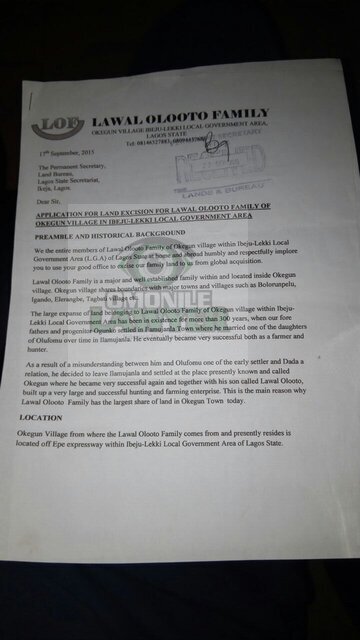 Until the Real Estate company shows you a copy of the Lagos state government public notice publication of intended Excisions it intends to release and you see the name of that Village or community the real estate is located, please just waka pass the Marketer, Agent or Developer that told you to go and check one funny file number.

It’s all a scam and they are talking rubbish because the government can decide to withhold the release of that Excision or stop the process altogether without giving you any reason why they did so.

And when the real estate company or seller realizes that the Excision would not be released, that's when they begin to play games with you and your money.

Take the Coordinates number. Go and confirm it at Alausa. The land is free with no problems:

I always laugh whenever I hear this particular statement. If I was saving ₦100 for every time I was given a set of dubious coordinates numbers to check at the Land Registry Alausa, I would have been richer than Dangote today.

Many of them are fictitious survey plans designed in private offices to hoodwink people. When the dubious coordinates given to you are checked based on the fraudulently prepared survey plan that was given to the subscriber to check, it would show that the land is a very good land that is free from wahala on the Survey Plan but when a Surveyor from the Surveyor General’s Office goes to the land to pick the same coordinates, it would show something potentially dangerous and problematic.

That’s when you would see that the Land either falls under Lekki Acquisition, it’s a land that the title has been revoked or land zoned for Agricultural purposes only, or it is committed for a special government project only.

Only very few real estate companies say the truth and after verification, it turns out to be the same thing but over 80% of these Estates especially in the Ibeju lekki axis lie about the number of the coordinates to hoodwink people to buy their lands.

Whenever I go to these real estate company offices to tell them I am bringing a Surveyor from the Surveyor General’s Office to check their lands and confirm the veracity of their Coordinates claims in their survey, their mood and temperament would change and they become very hostile because I have already caught them red-handed.

Please don’t fall for this “go and check the coordinates”’ scam anymore.  Take their coordinates number advice with a pinch of salt and verify the authenticity of their claims using independent licensed surveyors or from the Surveyor General’s office.

If you choose to fall for that trick and you enter wahala, remember there are thousands of Lawyers ready to bill you heavily to get out of the problem. It’s your choice to either do the smart thing or pay through your nose to get out of wahala tomorrow.

When you squeeze him or her, the Agent would tell you that he is not the owner of the Estate and that was what was told to him to tell every other person. At the end of the day, you look foolish, deflated, and confused not forgetting you have paid him a commission that you would never collect back plus the outstanding wahala of recovering your money from the fraudulent real estate company and having no land.

Please be wise and conduct a land verification exercise to avoid stories that touch the heart. 20% of the people you tell your Victim stories to after it happens to you don't care. 30% of people who would hear your story would use you as an example for gossip and a lesson for it not happen to them and the remaining 50% would be happy it happened to you because they won't believe you had that huge amount of money to throw away and you didn't tell them. Don't be that person that everyone would use as an example to either laugh, sympathize with pretentiously, or use you as a lesson teacher for it not to happen to them. Please verify that Property with Omonilelawyer today!

<< Previous
How my Grandmother lost her House due to bad documentation. Learn from this Mistake
NEXT >>
Beware of Fake Lagos state Governor Consents flying around