How my Grandmother lost her House due to bad documentation. Learn from this Mistake 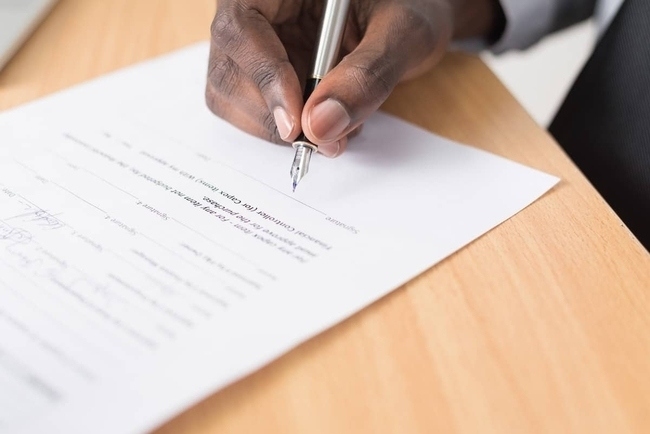 One of the most painful things that would never leave my mind that prompted me to be a Property Lawyer has to do with this topic.

My grandmother was a victim of legal naivety and ignorance and invested all her life saving to purchase a parcel of land in the early 60s and built a 4 storey building to accommodate her children and grandchildren as a family home in the village only to lose the land and the house due to legal technicalities in the contract that she was not aware of.

She purchased the land legally from a communal family but she had no idea that they were selling it to her as a Leasehold Land rather than a Freehold Land.

A Leasehold land is a type of land that has been offered to a person called a Lessee as a Lease and must revert back to the person who leased it to you called the Lessor when the lease expires.

Most Leasehold lands start from 10, 20, 30, 40, 50 to 99 years. The person who leased that land to you might have died when the lease on that Land must have expired but his beneficiaries such as his children and grandchildren would be alive to request the termination of that lease.

If you like, build National Stadium on it or Aso Rock on a lease property, once the lease is up, the land reverts back to the Lessor. What happens to the property on it is you business. If you like carry the building on your head, it doesn’t matter to the Lessor, all he knows is that the land must return back to the original owners after the lease expires.

My grandmother made the mistake of using the same Lawyer hired by the Family Owners to draft her own documents. The lawyer either negligently, willfully or cruelly did not draft the documents to show that She was buying it freehold to own it for life without any issues, but inserted a clause that the land was leased to her for 33 years.

I can’t think of anyone who would happily lease a parcel of land for 33 years and build a storey building on it for residential purposes only, but the Lawyer deceived my Grandmother that the property she bought was freehold.

After her death in the late 80s, her children including my Mother were summoned for a meeting to discuss the property by the elders of the village. It was then there were alerted to the clause in the Lease agreement that the land which housed my grandmother’s extended family members would soon have to be given up back to the original Land Owners.

My Mother and her Siblings were very angry and could not believe what happened. They did everything possible to locate the Lawyer who drafted the documents but he was nowhere to be found. They decided to challenge this matter in court and they lost at both the high court and appeal court and decided not to pursue the matter again after spending so much money, energy and time.

2 years to the expiration of the lease on the property, my mother and her siblings had to sell the house to someone else cheaply and that person went back to the family to buy that land freehold with a good lawyer. This issue really hurt my family. It was sad seeing a property bequeathed to my mother and siblings cheaply disposed of because of certain minute clauses in an agreement.

I remember how my mother would source money from different places to contribute to give lawyers to fight this case. I remember how people took advantage of my mother and her siblings concerning this property and gave them false hope that the property would not be given back to the family.

I remember the sleepless nights, the travels up and down from Lagos to the Village to find witnesses and pieces of evidence to support their case which failed in the end. I remember the sadness and tears at night that she could not defend her mother’s honour due to ignorance and extreme trust in using a lawyer that wasn’t my grandmother’s own.

It took a serious toll on her and made her fall ill many at times. All these things made my mother push me to study law and most especially property law so that it won’t happen to me, a member of my family, a friend, a colleague, or a client that comes through me.

The moral of this story is that prospective purchasers of property must always use a Lawyer of their own choosing. The lawyer is only responsible for you and your interest. A lawyer representing the seller and the buyer would only choose one party to support at the end of the day. The seller's lawyer is bound to be loyal to the seller to protect him when he is drafting clauses in the documents.

You cannot expect him to write things his principal wants in the document on one hand and contradict him on the other. If my Grandmother had fought the family and insisted on engaging her own lawyer, there is no way he won’t have alerted her to the potential lease agreement of 33 years and fight to remove it from the agreement.

This issue can happen to anybody who is a purchaser of land. Endeavor to engage your own lawyer to draft your agreement and tell him or her to read the contents of the agreement to you line by line and explain all the legal jargon to you if you don’t understand it before you sign it. I pray no one else becomes a victim of this kind of issue. Please be wise and do the needful.