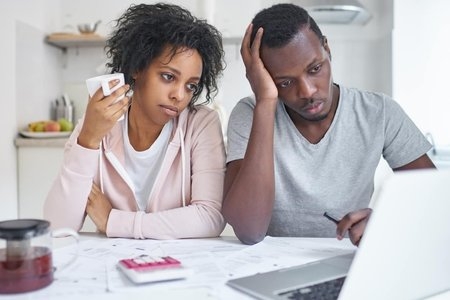 Omonilelawyer was contacted by a young couple to assist them in recovering N6,000,000 paid to a popular real estate company for a piece of land in Ibeju Lekki who defrauded them. The young couple claimed a part of the money was given to them as a wedding gift by an uncle while the remaining was sourced through joint savings. Instead of lavishing the money on frivolities and luxuries, the couple agreed to invest the money in real estate as a way of securing their future.

The couple were asked to pay a down payment of One Million Naira ( N1,000,000) while the balance sum of Five Million Naira ( N5,000,000) was to be spread over a period of 12 months. The Real estate company promised to allocate a plot to them as soon as complete payment was made.

The couple informed us that 2 years down the line in spite of making full payment totalling N6 Million  (N6,000,000) as instructed, the company was yet to allocate a piece of land to them promised to them. Despite several phone calls and visits to the office of the company, the couple were always told the Managing director was not in the country. The couple were desperate to either get their land or money and approached us to find out what was going on because it was taking a toll on their marriage.

Immediately we got the consent from the couple to verify the real estate company, we swung into action. We hid our identities and pretended to be buyers. The chief marketing officer of the real estate company gave us a sweet lecture about the company and the need to buy into their estate. They told us about all advantages of buying a piece of land close to the Dangote refinery and that their title documents were very good. We asked for their title documents to investigate but the Chief marketing officer bluntly told us that they don’t give or show clients their title documents except we are ready to pay for the lands now. We pleaded with them to give us something to convince our partners to pay and they reluctantly gave us the Perimeter survey of that estate and told us that would be enough to convince us that the estate was legit.

With that, we began our investigations and it brought out the following:

We presented our search report findings to the couple who were very troubled that they fell victim to a dubious real estate company. We advised them on what to do and how we could help them recover their money. Unfortunately, after a protracted battle for almost a year, we were only able to recover   N 1.5 million Naira out of N 6 million Naira from them before the company owners abandoned their office and estate. They left hundreds of people who bought into the estate in debt and the couple was one of the lucky few who even has a little refund back.

This could have been completely avoided if the couple had conducted a search on the property before transferring a dime to the real estate company.

"They got swayed by the sweet tongue of the agent, the fancy fliers shown to them in their email box promising them wonderful things if they purchase lands with the real estate company and the well-edited Instagram videos used to promote the real estate. When the problems cropped up, the Instagram videos, Flyers and silver-tongued agent could not help them out".

Please don’t be the next victim of these real estate scammers. Verifying that property, you are interested in could save you Millions of Naira especially in these times when there is no money in circulation. Please be wise.