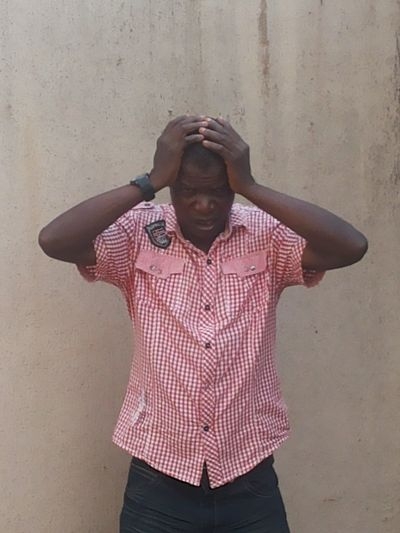 As much as i point my fingers and lay the blame solely on Omoniles and Land swindlers as rotten apples that should be done away with so that land scams in Lagos will be a thing of the past, some Land purchasers are just as bad as these Omoniles when they make self inflicted terrible mistakes leading up to the purchase of a very deficient land.

Today i got a phone call from a guy  who had just been scammed and who decided to take the "self service and I- too- know Route" in purchasing a land and begged me to advise him on what next he should do.

He stated that he saw a land advertised on the Internet and decided to call the Agent. The land in question is located in an Estate in Lekki-Ajah and the Agent apparently intimated him about  about the supposedly owner, the description of the land and likely documents plus the cost of the land which was N7Million.

He did not visit the land himself, neither did he inspect the documents nor know who the true owner was but was contented with what the Agent told him. He ended up paying the N7Million into the Agent's account who later claimed he paid the alleged owners the N7Million after which they allotted him the land he was interested in.

He wasn't given any documents as proof of payment or purchase and he also didn't meet the alleged owners but was happy that he had finally purchased a land an estate in Ajah without using a Lawyer or third party and saving Legal Fees.

He finally decided to go visit the land after 5months and when he got there he met some people around who told him that the land belongs to a certain lady and she hasn't sold it to anyone yet. He now decided to track the so called owner and when he found her, she claimed that she has been looking for him ever since so that he could complete his payment.

Upon further Investigations, he discovered that 8 more people are also laying claim to that land and there is an ongoing litigation battle on that land. Now this is a classic crash and burn case with regards purchasing a land without any expertise advise from anyone.

He is very lucky that the Agent did not abscond with his money because that would have been another matter entirely. He has now purchased a land that is being contested by 8 other people and is presently in court. He has no hope and remedy and it was a useless call to me to assist him to recover his money because he decided to go for self service and now he has entangled himself in a web of deceit and land scam problems.

If your one of those people planning to buy a property and don't want to behave like this man i just described above that thought he was very smart and you didn't need to hire a professional to help him with his landed transactions, make sure you follow these few steps to save your money and get you the best land you desire.

1. Contact a Property lawyer to help you with your landed transactions

2. Get a land surveyor to help check whether the land is under acquisition or not.

3. Confirm all the original documents by viewing them physically

4. Make sure you see the owner and confirm it he or she is truly the buyer

5. Visit the land personally to know whether its a land or area you like.

6. Pay money personally or through your lawyer

7. Make sure you take possession immediately.

<< Previous
How Omoniles Scam people to buy lands with a Fake Survey Plan Layout and not give the Buyer possession. Read this true Case to know more
NEXT >>
Beware of buying lands at Badore in Ajah without doing a search unless your House will be demolished for being too close to the Proposed 4th Mainland Bridge