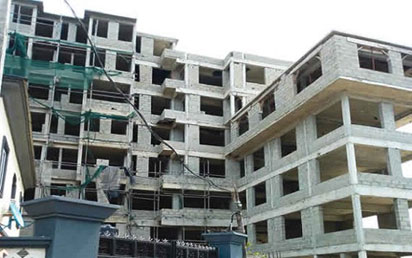 The nine-storey building demolished by LASBCA at the weekend for not having approval The General Manager of the Agency, Mr. Olalekan Shodehinde, said the demolition was also because the building had no certified plan approval.

The nine-storey building demolished by LASBCA at Osapa London, Lekki area of Lagos

Shodehinde said the building was detected in 2017, following which an investigation was launched, stressing that the building had nine floors, while the master plan of Osapa, the area it was situated, only allows for a maximum of four floors. 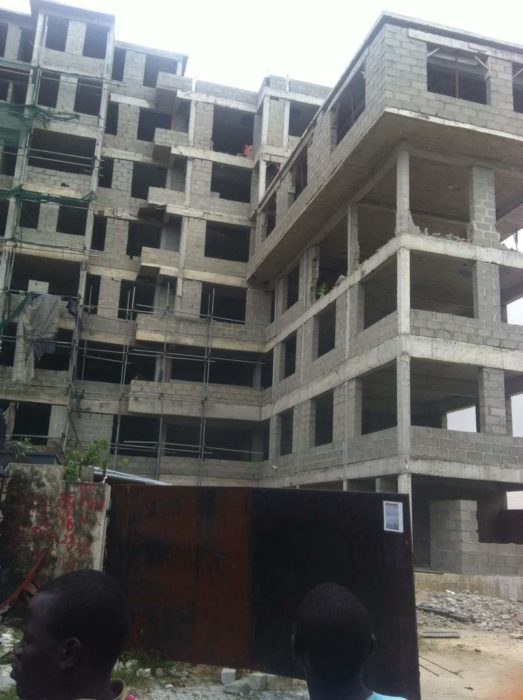 According to Shodehinde, the structural stability of the soil could not carry such a high-rise structure, adding that the state government had given approval or order for the building to be pulled down. He noted that the exercise was being carried out to curb the incidents of incessant building collapse in the state, pointing out that the state government would not fold its arms and allow loss of lives and destruction of property.

Shodehinde who said several notices had been served on the owner of the structure, but allegedly failed to comply with the order, said ''Though, the building does not have approval plan, what we are talking about goes beyond approval plan, because if the developer applied for approval of nine floors in the area, it would not have been granted. ''When LABSCA discovered the building in 2017, a Stop Order Notice was served.

In October of the same year, when it was at its fifth floors, the agency sealed it. After a few months, the agency visited the site to observe that the building had been constructed up to the ninth floor. “Again, a 14 day ultimatum notice was served to the developers to remove the structure at their own cost, which they failed to comply with.

Once an illegal building has been demolished by the government, the owner would be given 90 days to pay the demolition cost, failure to do so means the government would confiscate the landed property”, LASBCA GM stated.