Do You Recognize the 8 Early Warning Signs of Buying a Defective and Problematic Land? 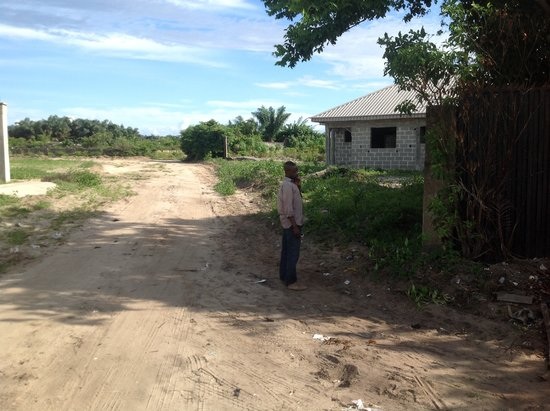 I get a lot of emails from prospective buyers asking me how to avoid buying defective lands from Omoniles in Lagos and Ogun States that they are about to pay for and steps to take to avoid being victims of these Land Swindlers.

Unfortunately, there is no clear cut textbook template on how to prevent land fraudsters from duping you because each land transaction has its own peculiar issue that must be studied dutifully with rapt attention to avoid being scammed.

So pay attention to these 8 quick hidden signs that a prospective buyer must pay special interest to before you buy a defective or problematic land in Lagos or Ogun State.

1. Watch out for that Seller who wants to sell you a land but it has no previous original documents to show u to prove how he purchased the land from the Former owner.

Such a Seller will continue to bring up excuses with regards to how he misplaced the documents and how he has nothing else to give you except photocopies of one survey plan that is barely visible.

2. You ask him for the history of the Land and why certain documents are not up to scratch or available and instead  of him to provide them, he rambles on continuously about the Kind of People that have built houses in that area ranging from " Big man this to Commissioner that".

He is merely evading the real issue behind the defects inherent in the land by covering up with other people's mansions and he has no idea what those ones are going through whether they are even looking for people to buy their defective properties because they are aware secretly that the lands they bought years back are defective lands.

4. You want to take a Surveyor to the land to measure the site and carry out some detailed investigations and the Seller is being very difficult.

He does everything in his power to prevent you from checking the land personally with your surveyor until you pay some form of compensation or pay for the land before they grant you access. Please run from that land A.S.A.P.

5. The Seller tells you that the land has no Gazette and it is under processing at the Land registry but he is unable to give you further details with respect to who is processing it, where they are processing it and the stage it has gotten.

He probably heard an agent or some neighbours talking about a Gazette and he has decided to add his own stories to make his land more marketable. If he cannot provide you with those information and give you documents to back up his claim, walk away. He doesn't know what he is talking about.

6. If the Seller ends up giving you a Survey plan make sure you check the date the land was surveyed and compare it with what he has on the Receipt or Deed of Assignment. Most of the time, these Sellers back date their Survey Plans to short change the Government and draw up defective survey plans.

If there is a variation with the dates on all the documents, know there is a fishy story behind that land that you must get to the bottom of.

7. If the person selling the land to you is more concerned about the Omonile Signing Money, Foundation fees and Roofing Fees that you are to pay after purchase than the details he is to provide for him to give you comfort before you pay for the land, know he is a dubious seller trying to see what he can squeeze out from you before the transaction goes bust.

8. When you see a foundation on any land you are about to buy and the owner DOES NOT PROVIDE PHYSICAL EVIDENCE OR DOCUMENTS to show how he constructed that foundation, know he is about to sell you another man’s land.

There is no way a person is going to do a foundation on a land without him having either a building plan, receipts of payments of sand, gravel, the architect or builder's numbers that did it or something tangible to show that he was the one who did that foundation.

Once you start hearing stories that don't conform to the above please walk away. You just dodged a law suit.

These are some of the signs i can hurriedly think of to avoid buying a problematic land in Lagos state or Ogun. How about you?

Do you have other signs that you can share with us to prevent these land thieves from stealing our hard earned money? It will be greatly appreciated if you can share it with us in the comments section.

<< Previous
Beware of Buying Land in this Area! Case Study #1: OKUN AJAH
NEXT >>
The Other People have bought Lands here or The Baale is the Owner of the Land so no Wahala Land Scams