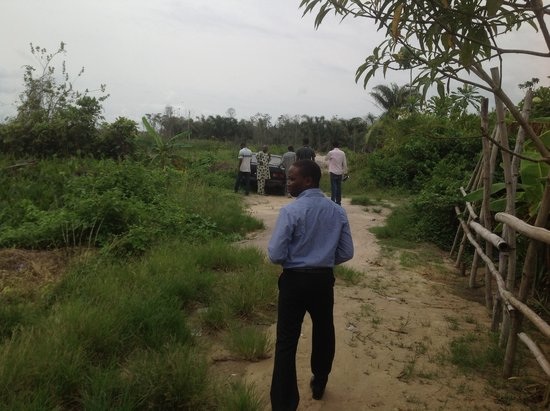 Before i became an Expert in Land Verification, i was also once a Victim of Omonile Land Scams and i made so many mistakes prior to purchasing my first land back then which i eventually lost to Omoniles and could not recover because i was clueless about the intricacies of buying a land and the hidden problems that it accompanies .

Back then i assumed buying a land was like buying a car. All you need to do is locate the car you are interested in, meet the seller, inspect the car, pay the seller and drive away with your car but i was totally wrong. Buying a Land in Lagos or Ogun for a first time buyer is an arduous task that requires prayers, patience, skill and intuition.

Here are some of the mistakes i made which i hope you learn from not to make when your about to purchase yours in future:

1. I failed to properly have a set Budget. I just heard about the land in Ajah going for N 2 Million Naira back then and after saving that amount, i thought i was ready to buy the land. I did not know Agents will get 5% of the cost of transaction or Lawyers will take 5% to draft the documents or i had to shell out almost N200,000 back then to do a  survey plan or find N100,000 to pay for Omonile Signing Fees.

It was a terrible situation for me that made me run from pillar to post to borrow money to complete all these mundane fees that i wasn't prepared for. Please take note of it to make a budget in advance before you venture into any purchase.

2. God knows until i had problems with my Land i hadn't heard of the slogan " LAND UNDER GOVERNMENT ACQUISITION". I just knew before you buy a land, you should visit the land, confirm who is selling it and pay the person and "VOILA" you are a Landlord in Lagos.

I never knew there were a lot of bad lands that should be avoided and lands that will put you in trouble. I ended up paying for a land that was sitting on the proposed Alternative road in Lekki called a "Coastal Road". I was deceived by a dodgy surveyor that the land was very good but when i wanted to take possession of that Land, that's when i knew i was in deep Sh***t.

I almost died of a heart attack when i was told my house will be demolished in future because it was a "COMMITTED LAND". ( Surveyor Wale where ever you are, God will punish you and your future family for deceiving me to buy a bad land and doing a Survey plan claiming that the Land was Free from Government Acquisition..Oloriburuku Oloshi Sombori!).

3. I also didn't know the other Documents that a purchaser of land must try to get to claim ownership of land after you pay for the land. Obviously as a young Lawyer back then we were taught in Law School that  a Deed of Assignment must be prepared between the Buyer and the Seller but i didn't know that there was a particular way it was to be prepared that differs from land to land, owner to owner and locality to locality.

I didn't know about the existence of a Gazette, the different types of Certificates of Occupancy, Governors consent or Minister's Consent etc and how they affected the way a deed of assignment should be prepared. I didn't know the types of Survey plan in existence and what to look out for. In short, i was buying a land blind and it wasn't a coincidence i ended up losing the land because of my stupidity then.

4. Another daft thing i did was the mode of payment. Because i ended up being friends with the Seller before the transaction transpired, i took a lot of things for granted. I paid him via installments and when i made the final payment i did not document payment  either through a video recording or photo session to record how payments was made.

I also paid in the absence of any noticeable witness and just collected a receipt from him happily that i had purchased a land. I didn't know there was a difference between personal receipt and family receipt. When wahala cropped up and i later found out that the Seller sold me another person's land.

I couldn't prove ownership in the eyes of the family that i bought it from them because i couldn't present their Family Receipt rather i was holding a worthless Receipt that belonged to the Seller. I almost died that time when i knew. ( I swear omoniles don show me Shege for this life!!!)

5. The number one cardinal sin most Buyers do when they buy a land is not take possession of the land they buy. They think by buying the land, they can leave it there for months or years before they take possession. Well i am sorry to say that's one of the biggest mistakes a purchaser shouldn't make because the omoniles are waiting for you to leave your land unattended to. I was also very guilty of this.

After buying a land, i didn't budget properly so as to make sure that i could take possession by constructing a small fence and demarcating the place. I thought i could leave it for 3 to 6 months, hustle small and come back to take possession. Omoniles had other plans for me. The time i was ready to take possession, they had resold the land to another person. Its as simple as that.

No quarrel or fight. My land was too attractive for it to be lying fallow in a prime position. Somebody that had the resources immediately had to take over the land in the eyes of the Omonile and to recover my land.

I was advised to add some extra Thousands so that they will relocate me further inside unless i should kiss my land goodbye. It was a complete disaster. I didn't know where to run or what to do back then. I cried bucket loads back then.

These were some of the very stupid things i did back then that made me lose my land and my money that i won't wish for you to experience before i made up my mind to become a land verification expert to study their criminal ways and prevent other people from making the same mistakes i made.

If you have lost a land to these people, drop a line in the comment section and i would find a way for you to get back your land if its still possible.

<< Previous
Why You should never buy a Land in Surulere, Onike, Aguda, Yaba, Ebutte Metta or Ogudu from Omoniles without Certified Lagos State Documents
NEXT >>
Lagos State Proposes 21 Years Jail Term for Land Swindlers and to ban Omonile Foundation and Roofing Fees